Skip to main content
To provide you with the best experience, Cathedral House uses its own and third-party cookies on its website for technical, analytical and marketing purposes. By continuing to browse our site, you're agreeing to our use of cookies. Please consult our Cookie Notice for more information. 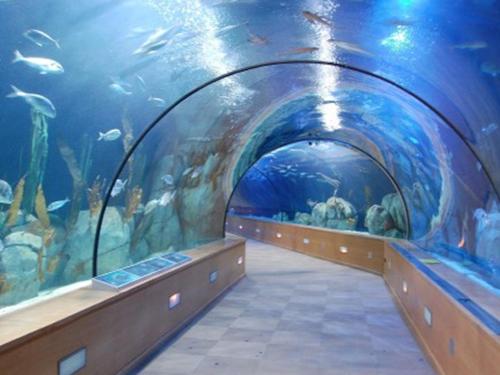 Relive the journey of the years that Magallanes made to the Islands of Spices with a journey of an hour and a half through the Aquarium of Seville. Meet face to face with more than 7,000 animals of more than 400 species and one of the deepest shark aquariums in Europe in a unique and fascinating educational experience.

Follow a 700-meter path and embark on an epic journey down the Guadalquivir River, across the Atlantic Ocean, up the Amazon and beyond the Pacific. Take the opportunity to see and touch sea cucumbers, stars and sea urchins in the toque-toca tanks and discover how the eggs of different species are kept in the nursery. In the coral reefs, the immense variety of tropical fish and reptiles such as anacondas, boas, caimans and sea turtles are captured.

The most spectacular part is the aquarium of sharks of 9 meters deep. Enter the crystal tunnel and feel the immensity of having more than the millions of liters of water on top. After seeing the two bull sharks, the undisputed stars of the Aquarium of Seville, stop by the souvenir shop or have a drink and snack in the aquarium's cafeteria. 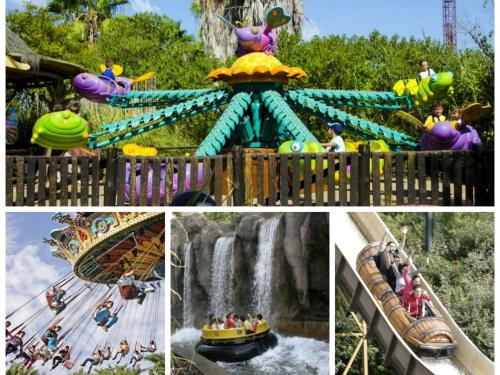 The Isla Mágica theme park is set in the Seville of the Golden Age, sixteenth century, where the city reached its peak and was the gateway to Europe to bring products from the Americas, Africa and Asia.

It is divided into eight thematic areas and twenty-six attractions, to keep busy in what promises to be a day full of action in the hottest city in Spain.

In addition to all these attractions, there is a category for the whole family, with classic favorites such as Snow White or the three musketeers who share billboards with local productions featuring magnificent Andalusian and Alien horses. Without a doubt, a great day to spend away from home with your family. 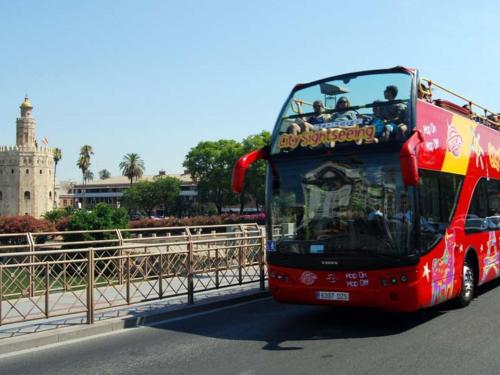 Explore the fascinating city of Seville, click here for more information on how to get on and off at your leisure. Enjoy the panoramic views of the Andalusian capital and get off at any of its enclosed places, located next to the main attractions. You also have at your disposal three guided tours through some of the most picturesque districts and free entrance to the church of El Salvador. Buses run every day and the pass is valid for 24 or 48 hours.

There are stops next to the Torre del Oro, next to the riverbank; in the Plaza de España and Plaza de América (both in the wonderful María Luisa park); in San Jacinto and in Calle Castilla (situation in the colorful and vibrant neighborhood of Triana); at the site where Expo 92 was held and at Isla Mágica (both are on the island of La Cartuja); in the Macarena; in the Torre de los Perdigones; in Alameda de Hércules; in the Plaza del Duque and in the Plaza de Armas. All stops at a short distance from the main monuments and attractions.

For centuries, the beautiful Baroque church of the Savior, the second largest basilica in Seville, has lived in the shadow of the cathedral. However, an extensive renovation project has once again aroused the interest placed in it, in addition to the opening of a new main attraction, the crypts.

Cruise on the Guadalquivir River from Torre del Oro 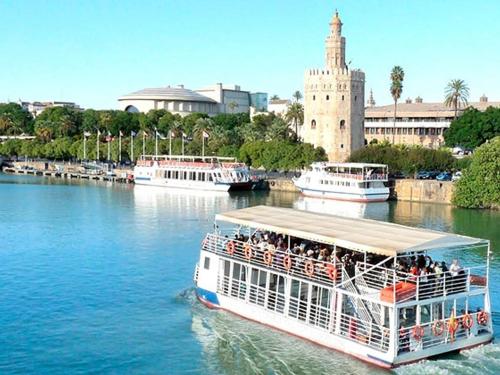